Tim Tracker is must know name in the Disney World. You Tube sensations Tim & Jen make a video every day and they’ve been vlogging for the past 9 1/2 years!

With millions of hits for every single video they produce, they are quickly becoming a Disney Icon while not actually belonging to Disney whatsoever.

While my husband and I have yet to meet them in person, that is one of our ultimate Disney goals someday. They no longer do meet ups due to their ever growing fame. So to catch an opportunity to say hi and meet them is holy grail happened upon by chance.

Jen and Tim live near Orlando and have annual passes to all the theme parks. While they do tour and blog on all theme parks, they are widely known for the tours of Disney.

Fans cannot get enough of their videos and recently, they announced that they would be shutting down their P.O. Box. Which is so unfortunate! I was planning on sending them a pair of my handcrafted Mickey Ears! But obviously they have received so much fan memorabilia that they have no more room to store it all.

The most important, I believe, is that this adorable couple embody the American small family spirit. Their dog Bandit also stars in most of the videos. This is their life and they embrace it to the fullest!

They are right in the action of the latest and greatest cameras for vlogging and capture the Today’s culture of taking hold of every moment on camera.

So thanks Tim and Jen for spreading the Disney Magic and making it easier for everyone to navigate the realm of Disney Theme Parks all the while being so much fun and entertaining!

Just type in The Tim Tracker on YouTube. The videos are addicting and we usually watch them instead of regular TV to get our Disney Fix in between trips 🙂

Let us know if you have had the special opportunity to meet these guys!  What’s your favorite Tim Tracker Video? 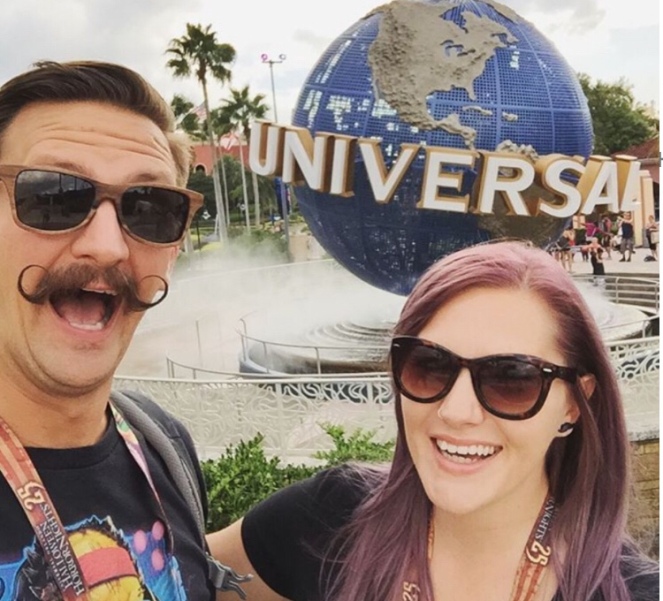 Breaking Today! The Dole Whip Cupcake has been spotted at Disney World’s All-Star Music Resort! It joins the Dole Whip, the Dole Whip Upside Down Pineapple Cake and the DoleWhip vanilla Swirl.

Can’t wait to try this out! the Dole Whip brand is famous for their FRESH Pineapple flavor!